Share a memory
Obituary & Services
Tribute Wall
Read more about the life story of Marjorie and share your memory.

Marjorie was born June 1, 1930 in Oelwein, Iowa, the only child of Rodman and Victoria Bates.  Growing up during the depression the family moved to wherever her father could find work as a mechanical engineer for the railroads.  Moving to Cumberland, MD, York, PA, Beloit, WI, Rockford, IL, Muncie, IN, and Fort Wayne, IN, before settling in Akron, OH in 1941 on her 11th birthday.

Marjorie graduated from Buchtel High School in 1947, and attended the University of Akron where she was a member of Phi Mu sorority.  In September 1950 she married Floyd Beatty and worked at B. F. Goodrich until the births of her children.  She went back to school at the University of Akron graduating in 1968 with a degree in education.  Marjorie then began teaching at St. Sebastian School for the next 17 years.  In 1986 she began a new career as a secretary for Westminster Presbyterian Church, retiring in 2012 on her 82nd birthday after 26 years of service.  After retiring she volunteered at Akron City Hospital and played bells in the handbell choir at St Hilary Catholic Church where she was also a church member.

Marjorie was preceded in death by her husband Floyd.  She will be deeply missed by their 3 children Kenneth Beatty and his wife Katherine Hunlock, David Beatty and his wife Diane, and Laura Haramis and her husband Daniel.  Grandchildren Marie Bearer (George), Kathleen Rudisill (Terry), Rhiana Brenner (Jon), Megan Bell (Gordon), Kevin Haramis, and great-grandchildren Mason and C.J. Bearer and Joshua Hiller.

Marjorie enjoyed family gatherings on all the holidays, picnics in the summer, fine dinners in the winter, and birthday dinners especially with her famous banana birthday cake.  She and her husband traveled extensively here in the United States and on cruises that took them to all corners of Europe, Western Asia, and even to Russia.

For the last 7 years she has lived at Rockynol retirement home first in independent living and then moving into assisted living.

In lieu of flowers donations may be made to the American Cancer Society or Food Allergy Research and Education (FARE) at foodallergy.org.

To send flowers to the family or plant a tree in memory of Marjorie Eloise Beatty, please visit our floral store. 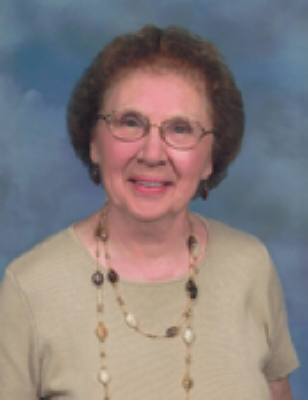