Share a memory
Obituary & Services
Tribute Wall
Read more about the life story of Elizabeth “Betty” and share your memory.

Betty Hershberger, 92, passed away peacefully on Tuesday, January 3, 2023. She was born in Akron, Ohio on March 4, 1930, and lived there all her life. Betty attended Akron public schools as a child and later attended West High School, where she graduated in 1947. After graduating from the University of Akron with a bachelor’s degree in education in 1952, Betty was hired by the Board of Education to teach at Fraunfelter in East Akron, where she taught for ten and a half years.

In June of 1954, Betty married Joseph Hershberger. She then retired to raise her two boys, Michael and David. While being a stay-at-home mom, she also did bookkeeping for her husband’s rubbish service.

After Joseph retired, she got involved in the Fairlawn AARP at Christ United Methodist Church. She was asked to take on the traveling activities for the group. Using Cleveland Southeastern Trails Bus Line, the group started with short trips, no more than three or four days, then gradually expanded to overseas trips (their first was to the British Isles!) and long trips to places like the National Parks. These adventures also included cruises and mystery trips, which went on for over twenty years.

After her husband’s health declined, they sold their house and moved into the Village at Saint Edward, where they were active in trips and activities. Betty was also an active member of the German American Club and enjoyed polka dancing.

To send flowers to the family or plant a tree in memory of Elizabeth “Betty” Mary (Gauder) Hershberger, please visit our floral store. 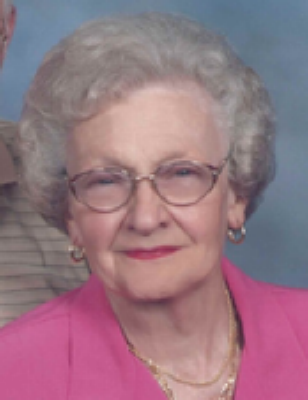